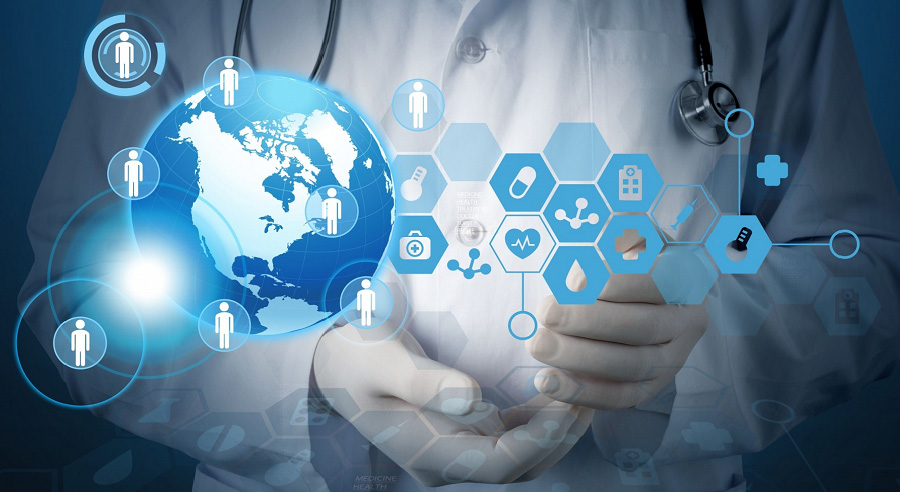 Indicators of security in the Scientific Council at the Republican Specialized Scientific and Practical Medical Center of Oncology and Radiology from 2001 to 2012. 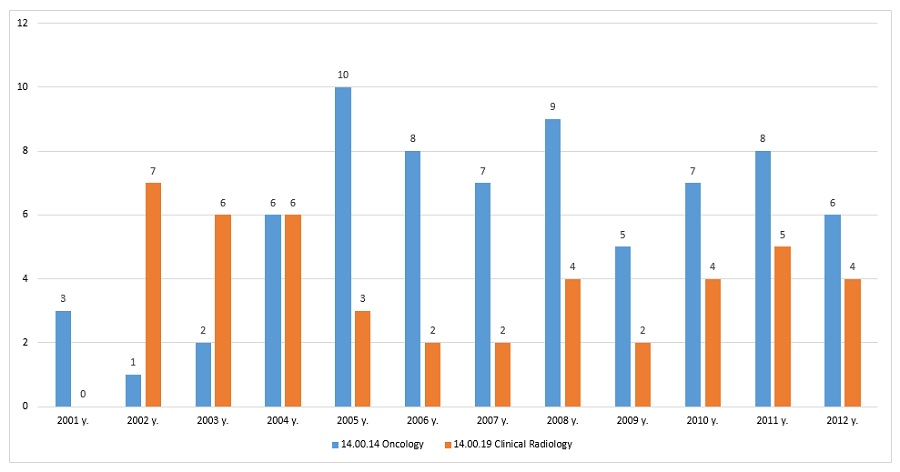 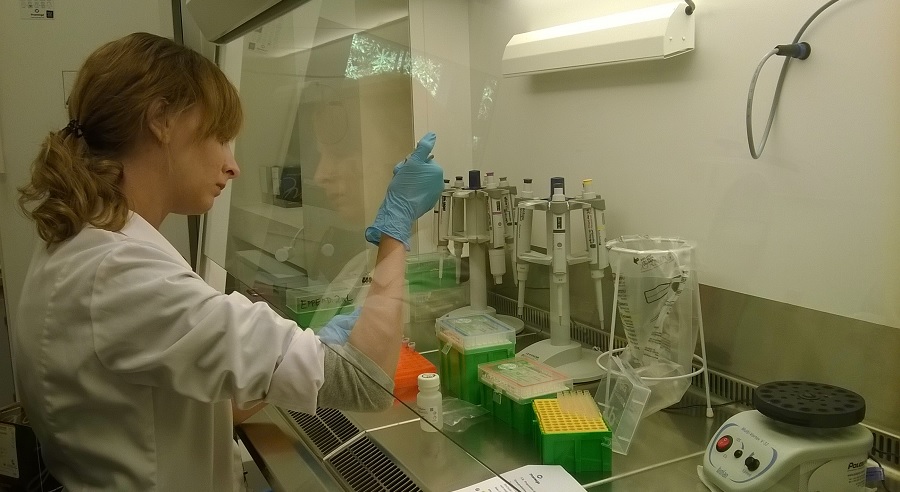 To solve the fundamental and applied problems of modern medical science in order to improve the methods and technologies for the prevention, diagnosis and treatment of socially significant diseases, in particular cancer diseases, an experimental oncology center was created. In the Center of Experimental Oncology is currently conducting research on the fundamental grants of SSV-F-028 “The role of molecular genetic and immunological markers in studying the mechanisms of the emergence of primary multiple malignant neoplasms (PMMN)”, project leader, Professor Tillashaykhov M.N., and BV-M-F4-002 “Creating the Fundamentals of Mathematical Modeling and Prediction of Interconnected Regulators of the Basic Systems of the Human Body in Normal and Cancer Tumors”, project leader, Dr.Sc. Gildiyeva M.S., as well as the applied grant PZ-201709069 “Creating a new anticancer drug DDEK (K–26) for the treatment of kidney cancer and melanoma”, project leader, Professor Tillashaykhov M.N.
Within the framework of these scientific studies, the development of a genetic passport of patients is being carried out, which will make it possible to effectively carry out targeted therapy and increase the level of medical security and the quality of life of the population of the Republic of Uzbekistan. This will contribute to the elimination of premature and avoidable losses of society due to the incidence and mortality of large groups of the population, the development of knowledge-intensive and innovative technologies, the training of qualified specialists who are able to develop and implement import-substituting and export-oriented medical products and promote the transition to an innovative development path.
Conducting research using methods: medico-genetic, enzyme-linked immunosorbent assay of bio- and oncomarkers, molecular-cell analysis, immunohistochemistry analysis, pharmaco-toxicological, biochemical and immunological methods, evaluation of new antitumor chemicals.
The main customers of molecular-genetic, enzyme immunoassay, morphological, immunocyto- and histochemical, pharmaco-toxicological, biochemical, immunological research and evaluation of new chemicals are government and non-government organizations of all sectors of the national economy, as well as participation in regional and international research.
Currently, the Center of Experimental Oncology has 2 laboratories: in the first, they study the molecular genetic features of tumor formations, reveal the expression of tumor markers, create model test systems; currently, prognostic value has been obtained for the p53 oncosuppressive gene, bcl-2 oncogene, Ki-67 antigen in osteogenic sarcomas, cancer of the reproductive organs of women and colorectal cancer; the immunohistochemical characteristics of breast tumors, osteosarcoma, retinoblastoma are presented. In the second laboratory for the development and synthesis of new drugs, studies are being conducted that are related to the need for domestic health care in our own anti-cancer and other drugs in order to reduce imports and increase exports. Currently, there is a huge reserve for the development and synthesis of new anticancer drugs, synthesis and purification of new substances, the study of their toxicity and antitumor activity, the study of radiosensitive activity, their mechanism of action.
First, the effectiveness of the drugs was determined at the National Cancer Institute of the United States of America (NCI USA) on cells of 60 human tumors. After thorough research, american experts have shown that in most of the tumors studied, about 20 new compounds are effective. Further, 15 preparations were tested on animals with tumors, which provided grounds for their extended preclinical studies, since each of them meets the requirements for a promising anticancer drug. Moreover, checking their activity in comparison with the known drugs of a similar mechanism of action, widely used in oncology (taxanes, etoposide) shows that new substances are mostly less toxic and on a number of tumors are more active.
Thus, clinical trials have established that Dekocin, which is used as an ointment, has every chance of entering into a small number of drugs that can treat such types of skin cancer as basal cell and squamous, and in addition, cervical, vaginal, vulvar, direct intestine, bladder without negative effect on blood formation and immunity. That is, the drug has the unique properties of the destructive effects directly on tumor cells. And its property to enhance the effect of irradiation allows to treat more effectively tumors of later stages.
Clinical trials have been proposed for Colhaminol and Decovin injections for breast cancer, rectal cancer, ovarian cancer, cervical cancer, lung cancer, bladder cancer, prostate cancer and not only as anticancer drugs, but also as agents that enhance the effects of radiation (radiosensibidizers).
Currently, a state grant is developing 2 new drugs for the treatment of kidney cancer (DDEKovin), as well as melanoma (DDEK).

GENERAL INFORMATION ON THE CENTER OF EXPERIMENTAL ONCOLOGY

Sorry, this entry is only available in Russian.