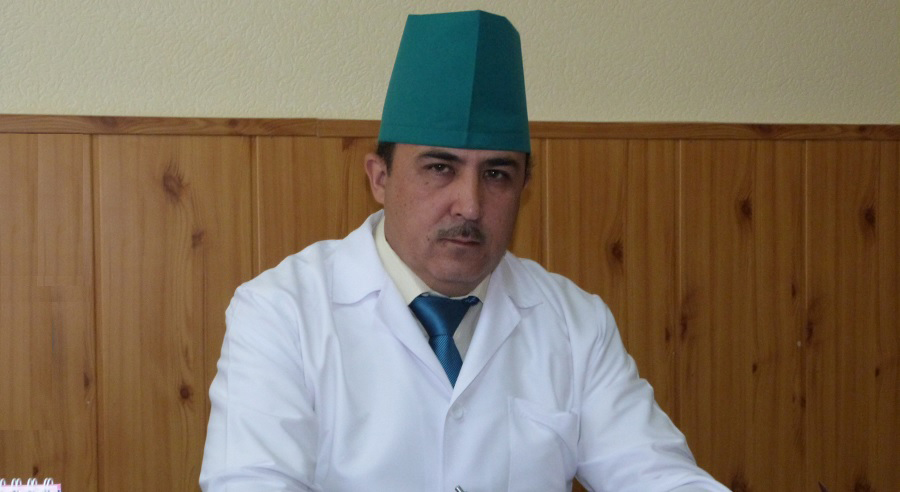 In 1999, as a graduate student, he defended his Ph.D. thesis “Choosing a Method for the Treatment of Duodenal Ulcer Hemorrhage” ahead of schedule in the specialty 14.00.27-surgery.

In 2008 he defended his doctoral thesis in the specialty 14.00.14 – oncology in 2008 on the topic “Modern aspects of diagnosis and treatment of non-organ tumors of the retroperitoneal space”. In the course of his research, he developed a diagnostic algorithm for the adequate diagnosis of nonorganic tumors of the retroperitoneal space (NOPH), determined the indications for the implementation of various surgical treatment options, conducted a comparative study of the direct results of various NFT treatment methods. It has been proven that performing combined operations in the arsenal with complex-combined therapy improves the results of treatment and improves the quality of life of patients. In addition, on the basis of multivariate mathematical analysis, a method has been developed for predicting the outcome of the treatment for NOPP.

For the past 15 years, he has been actively involved in single-step reconstructive surgery of esophageal and gastric cancer, surgical tactics for gastric stump cancer, and the diagnosis and treatment of mucosal associated gastric lymphoma.

The results of his studies were introduced into the clinical practice of regional oncologic dispensaries of the Ministry of Health of the Republic of Uzbekistan, included in the curriculum of students at the Oncology and Radiology Department of the Tashkent Medical Academy and cadets at the Oncology Department of the Tashkent Institute of Postgraduate Medical Education. The developed algorithm for diagnosing and treating NOPP has been introduced into oncological institutions of our republic as a standard.

He was a member of the Specialized Council for the Protection of Scientific Theses at the RSNPMTSOiR of the Ministry of Health of the Republic of Uzbekistan, and since 2013. He is a member of the Scientific Council at the Republican Specialized Center for Surgery named after acad. V.V. Vakhidov. A member of the Association of Oncologists of Uzbekistan, the Association of Surgeons of the CIS countries to them. N.I. Pirogov, a member of ESMO and ASCO.
Reception of citizens: Mon, Wed, Thu from 9.00 to 12.00
Tel: +998 (71) 246-05-132