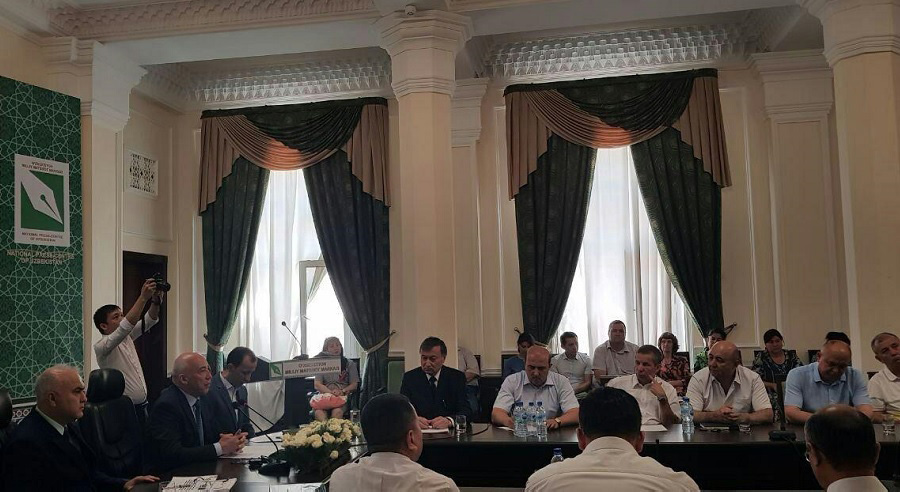 In honor of the holiday of the medical worker in our center held an annual awards ceremony in different categories. Declared best researcher of the year Snptower, Dilshod Egamberdiev.

A little bit about it: Scientific Secretary at Snptower MOH of the Republic of Uzbekistan, candidate of medical Sciences, abdominal surgical oncologist.

Egamberdiev Dilshod Mahmudovich in 2005 finished residency at the Republican Oncological Scientific Center. In 2006-2008, he completed postgraduate studies at the Department of Oncology TMA. Laureate Of The State Presidential Scholarship Of The Republic Of Uzbekistan. In 2008 he defended his thesis on “the Results of extended-combined gastrectomy in locally advanced gastric cancer”. Author of more than 120 scientific works. Currently, he works as A scientific Secretary of the center and senior researcher of the Department of abdominal Oncology. He is a member of the Asian, American And European Association of Oncologists, regularly participates in international congresses and conferences. He trained at the national Cancer Institute of the United States, at the international cancer center of Johns Hopkins University in Singapore.