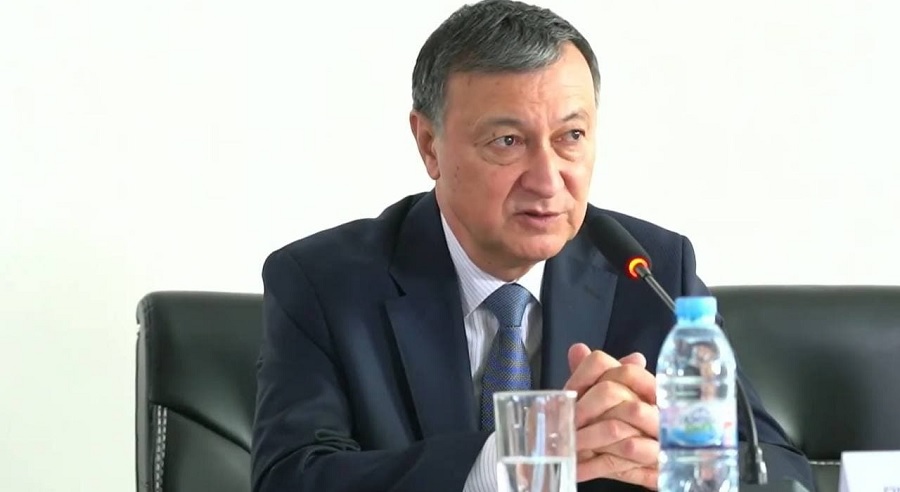 XVIII Conference of Oncologists of Uzbekistan

On September 24-25 of this year, the XVIII scientific and practical conference of oncologists of Uzbekistan “Modern technologies for the prevention, diagnosis and treatment of urogenital tumors”was held in the city of Andijan.

It was attended by more than 50 delegates from different regions of the country in the offline format and about 1000 delegates online. The conference was also attended by delegates from the USA, South Korea, Denmark, India, Belarus, the Russian Federation, Kazakhstan and Tajikistan.

The conference was opened by the director of the Republican Center of Oncology and Radiology, Professor Tillyashaykhov M. N.: “As we can see, positive changes have been taking place in Uzbekistan recently. These changes do not bypass the field of oncology. Over the past four years, two resolutions of the President of the Republic of Uzbekistan have been adopted aimed at improving the oncological service of Uzbekistan. Five years ago, only 5 radiation therapy devices were functioning in the country. This year, the state allocated the necessary funds to our center for the purchase of equipment in the amount of 2 linear accelerators, 11 gamma-therapeutic and 7 brachytherapy units. Currently, their number in our country has reached 25. Now, the provision of modern chemotherapeutic drugs by the state has reached 85-90% in all oncological institutions of our Republic, five years ago, the provision of chemotherapeutic drugs was 12-15%. It is also planned to build a new, modern building of the Republican Specialized Scientific and Practical Medical Center of Oncology and Radiology, designed for 650 inpatient and 100 outpatient beds.

Sofia Mikaelson, Executive Director of the American-Eurasian Alliance, AESA (USA): “I am very sorry that I could not join you personally due to the pandemic. The American-Eurasian Cancer Alliance is a partnership between the leading cancer centers of the United States and the CIS countries. The American-Eurasian Cancer Alliance started its work in Central Asia in 2015.I must admit that there have been noticeable changes in the field of oncology in Uzbekistan. I am very happy to position these changes on the Alliance’s website, to work in close cooperation with the scientific secretariat of the cancer center, where we publish special news about what is happening in Uzbekistan. However, at this stage, I am leading a project in the field of oncogynecology with my colleague and partner, head of the department of tumors of the reproductive system of women of the Republican Specialized Scientific and Practical Medical Center of Oncology and Radiology Nargiza Zahirova. This partnership also unites the international Oncogynecological Association. We have already achieved considerable success, and I express my hope for the expansion of this project. On the territory of the Russian Federation, the Alliance’s partner is the N. N. Blokhin Cancer Center, and I am glad that all my friends and colleagues from the cancer center are part of your XVIII scientific and practical conference. I really hope that I will be able to personally attend the next XIX scientific and practical conference.”

President of the International Association of Oncogynecologists IGCS Robert Coleman (USA) and Executive Director of the American-Eurasian Alliance AESA “It is a great honor for me to have the opportunity to say a few words of greeting to all of you. Strategic and synergetic relations have developed between IGCS and Uzbekistan. We worked together on presentations on cervical cancer, sessions on pre-invasive diseases. We have prepared a wonderful program for this conference, covering many aspects of oncogynecology. I am still very excited about the upcoming work and partnership relations with Uzbekistan.

Mary Aiken, Executive Director of the International Association of Oncogynecologists IGCS (USA): “I take this opportunity to express my gratitude to the organizers and all participants of the conference for the opportunity to welcome all of you to the conference. Special thanks to Professor Tillyashaykhov Mirzagaleb Nigmatovich, as well as to everyone who participated in the planning of this wonderful congress. You are the main link in improving the field of oncology.”

At the opening ceremony of the conference, the director of the Republican Center of Oncology and Radiology M. N. Tillyashaykhov read a report on the achievements of the oncological service in Uzbekistan.

The state and prospects of development of oncological care in the Andijan region. G. Zh. Khakimova (Uzbekistan)

Further, the conference was divided into 2 sections: “Current issues and prospects in the treatment of kidney, bladder and prostate cancer” and “A multidisciplinary approach in the diagnosis and treatment of gynecological cancer”. All lectures were devoted to the diagnosis, treatment and rehabilitation of patients with tumors of the urogenital tract.

The most interesting part of the event was the competition of young scientists. It was attended by more than 10 young scientists working in various oncological institutions of the country. The competition was held in an online and offline format. The participants ‘ reports were evaluated according to the following principles: the relevance of the study, the accuracy of statistical collection and analysis, and design. The winners of the three prizes were awarded with a laptop, tablet and smartphone.

The winners of the three prizes were awarded with a laptop, tablet and smartphone 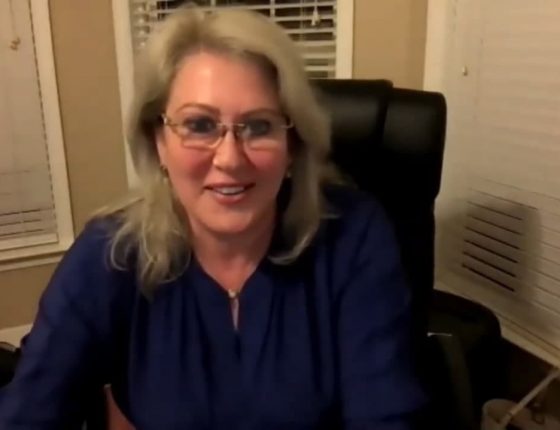 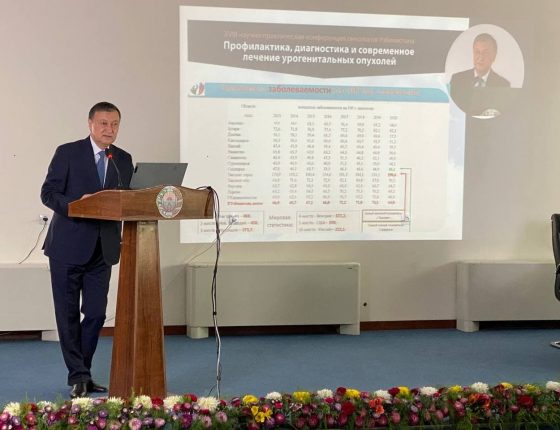 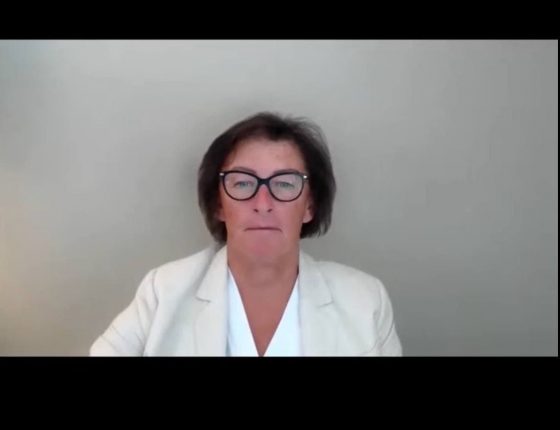 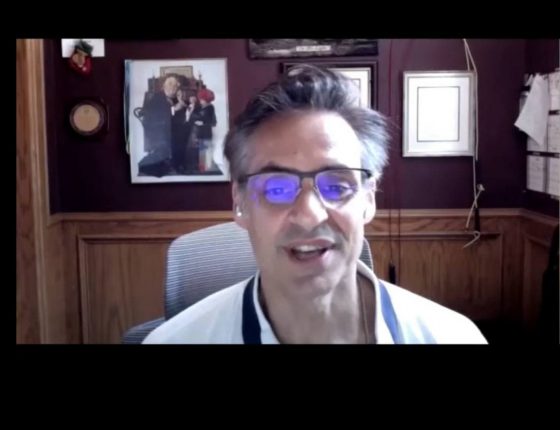 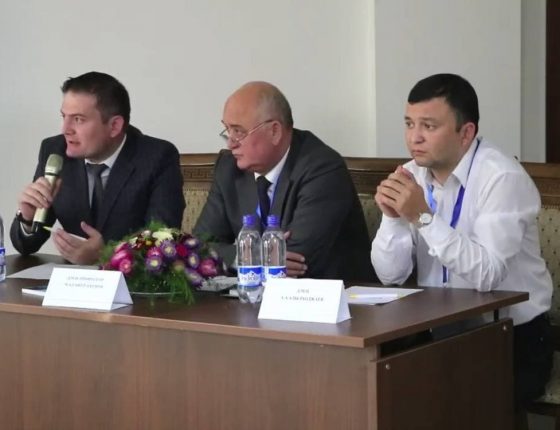 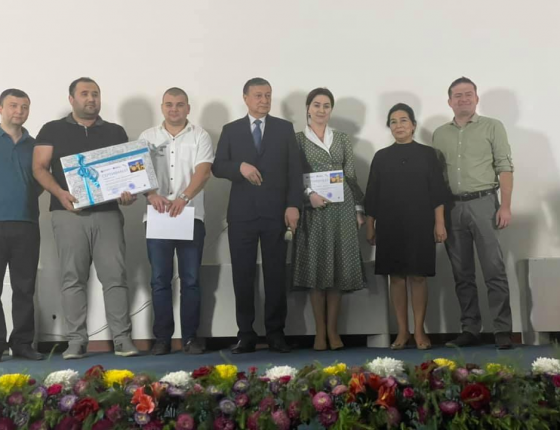