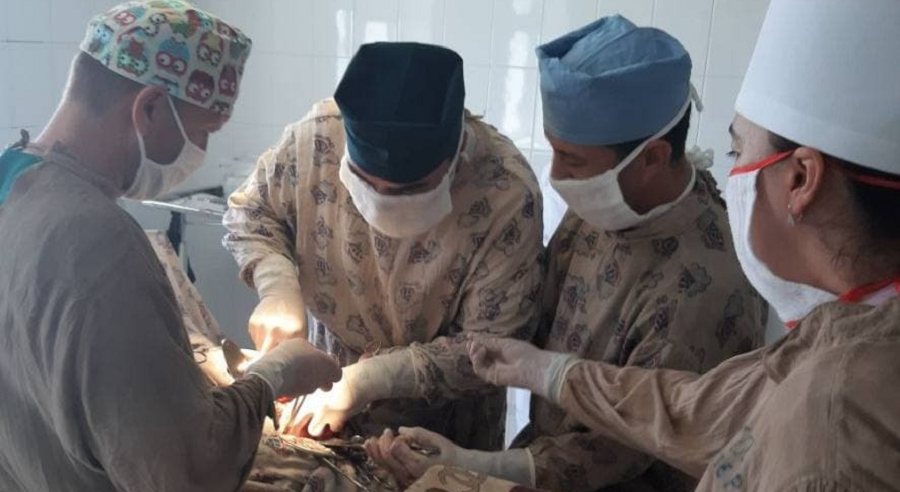 In the Khorezm region, an operation was performed on a woman included in the “iron notebook” list»

The Khorezm regional branch of the Republican Center of Oncology conducts weekly operations for various categories of patients. So, recently, under the leadership of the director of the Khorezm branch of the Republican Center of Oncology T. M. Palvanov, another operation was performed on a 33-year-old woman D. E. from the Bagatsky district, who has been suffering from precancerous disease for several years and is registered in the “iron notebook” as a patient with a severe form of the disease.

According to the referral, she underwent a diagnostic examination at the Khorezm branch of the Republican Center of Oncology, where she was diagnosed with a cyst of the right ovary and endometrial hyperplasia of the uterus.

As a result, it was decided to perform surgery in the form of extirpation of the uterus with appendages.

The operation was successful. To date, the patient is in a satisfactory condition and is on the mend.

In recent years, large-scale reforms are being carried out in the system of the Ministry of Health of Uzbekistan, the state policy on providing medical care to socially vulnerable segments of the population is being systematically implemented, a number of decrees and resolutions of the President of Uzbekistan Sh.Miriziyoyev, which are currently being successfully implemented, including by the Republican Center of Oncology of Uzbekistan.